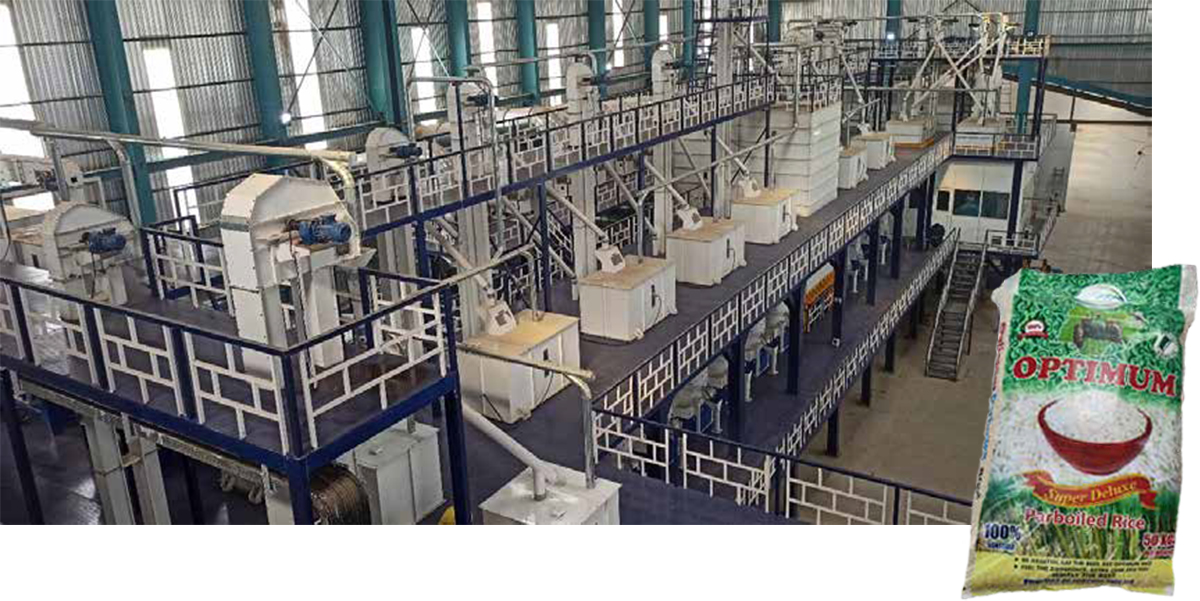 When Muhammadu Buhari became president in 2015, he pledged to help Nigeria become self-sufficient in rice within five years, a huge challenge for a country with the largest population in Africa, and one faced with a lack of investment in farming, irrigation, and rice processing over many years. At the same time as banning the importation of rice, the Federal Government made available through the Central Bank of Nigeria, approximately 40 billion naira (US$110 million) of loans to encourage small holder farmers and companies to invest in rice farming and processing, whilst also encouraging the development and modernisation of rice mills. Without doubt that initiative has encouraged Nigerian farmers to invest and boost production. Actual figures for paddy output vary depending upon the different bodies of research, but every indication is that within the last two years there has been a 15 – 20 percent increase in growing paddy, and the target of eight million tonnes to make the country self-sufficient in rice remains on course.

A shortfall between production and consumption

The highest quality rice is still being produced in Nigeria, and so in this interim period, there remains the facility for traders to continue to import rice through ports, if they pay the much higher tariffs introduced for this purpose. In August last year, Nigeria closed its land borders altogether to try and stamp out the smuggling of rice, often from neighbouring Benin during the night by Okada riders. Small-scale farmers still account for almost 80 percent of Nigeria’s rice production yet for many of them, inadequate irrigation, a lack of fertilisers and poor mechanisation can leave the average yield per hectare at just over two tonnes. However other parts of the country and on larger automated rice farms, that yield can be up to six and seven tonnes per hectare. For their part, Satake’s first rice mills in Nigeria were purchased by the Federal Government in the mid 1980’s and installed at six different locations throughout the country. Several of these are now undergoing refurbishment and modernisation, whilst others still remain operational, a testament to the quality and durability of Satake machines.

A market dominated by parboiled rice

The Nigerian rice market is approximately 95 percent parboiled rice, although some non-parboiled rice is eaten in the north east of the country, and the more traditional Ofada rice grown and preferred in the south west. In the years between 1990 and 2005 when farmers received little support for growing paddy, many opted to grow other crops such as yam and sorghum. As a result, Nigeria imported rice such as Uncle Bens and Thai parboiled long grain, so over time consumers became used to a higher international quality. The traditional village way of parboiling in drums still exists but now with greater investment in large capacity rice mills, modern parboiling plants are becoming the norm to produ 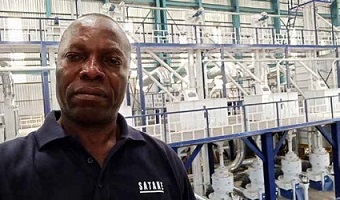 ce higher quality parboiled paddy. In recent years large capacity rice mills in the range 5 – 20 tonnes per hour have become more common, and this has seen an increase in yield and quality of the finished rice, all now processed to international standard. In 2012 Ebonyi State became the first in the country to install three Satake five tph mills when Governor Martin Elechi sent his Commissioner of Agriculture Emmanuel Echiegu to Satake Thailand to view machines and conclude negotiations. A select team of Ebonyi engineers subsequently visited Satake Japan to receive in depth training on both machines and rice processing techniques. Joseph Ezeogo, Satake’s resident Nigerian rice engineer has been paramount in establishing Satake’s leading role as supplier of new modern rice mills to the Nigerian market. A qualified electrical engineer, he spent time working in the Ebonyi rice mills before joining the company back in 2017.

The drive for improved rice quality 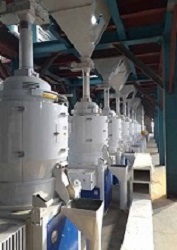 As the drive for better quality rice increased, other major mills such as Umza Farms, BUA and Labana Rice also invested in Satake machines and mills, recognising the benefits of the company’s continued research and development to give them a higher return on their investment. Africa’s largest combined 8,000 hectare rice farm and mill in Nasarawa State was developed featuring a 12tph Satake Rice mill that was officially opened by then President Goodluck Jonathan in 2015. Olam now produces ‘Mama’s Pride’ one of the most popular and successful brands in Nigeria. More recently in December 2020, Satake Europe completed the successful commissioning of a 16tph parboiled rice mill for Fortune Rice in Kano Nigeria. Despite the global Covid pandemic, Satake engineers worked continually throughout 2020 to complete the installation. The mill was designed to process parboiled paddy using 4 pass VTA15 whiteners and 2 pass KB80 polishing machines. This system has been widely adopted in Nigeria following Satake’s continued development to give the optimum yield and the most highly polished rice. Using the latest Satake paddy huskers HR10FHC, a mill tempering system before polishers and large capacity feed bins at each stage of processing, ensures a uniform and balanced product flow throughout the mill.

Overcoming the challenges of 2020

The installation took place over several months in 2020, which brought significant challenges to the team, after strong winds damaged the parboiling plant and the main mill building structure during its construction. These challenges were all overcome, and the mill was installed and commissioned by Satake’s resident Nigerian engineer Joseph Ezeogo. Chairman Alhaji Dalha and Managing Director Ibrahim, chose Satake as their preferred supplier following many recommendations and visits to other Satake mills in Nigeria. Recognising the benefits of Satake’s gentle milling system to produce the highest quality parboiled rice with minimum broken content, they were convinced Satake were the ideal partner for their first mill in Nigeria, and they have not been disappointed. “Fortune Rice is now producing the highest quality rice in Nigeria which is available throughout the country under the main brand name Optimum parboiled rice,” says Managing Director Ibrahim. Over the next few years, the market expansion is expected to continue with further medium-large scale mills being established. This growth will require the ever-increasing demand for paddy to be satisfied. The further growth and continued success of Nigerian rice millers is made in the knowledge that they have the support of Satake engineers both in the UK and locally in Nigeria, to help drive them to greater success in the future.